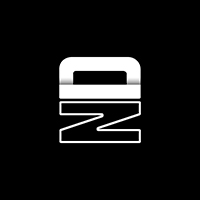 DUEL NATIVE is a half-Trinidadian and half-Hong Kongese musician, environmental architect and social activist. His eclectic indie-folk-rock, influenced by Dylan, Bjork, Soca and Chinese opera, refuses to be put in a box with its mystical sense of nostalgia and hopeful melancholy. ‘... a timeless quality that shows off DUEL NATIVE’s ability to bring old school and nu-school styles into a singular whole.’ - Fruit Sonic DUEL NATIVE aka Stephen Choi is grateful and privileged to live and work on the sacred Aboriginal lands of the Kulin Nation in Australia. Stephen started his music career as a founding member of the London-based indie band, Greyhound Green, where he had the opportunity to support acts such as The Libertines, The Others, Alabama 3, and Tjinder Singh (Cornershop). DUEL NATIVE straddles his passions in the worlds of architecture and music, staying true to environmentally-positive projects, life-enhancing music and making a contribution.