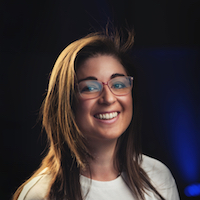 Hayley Bannon is a woman of many talents, from qualified sound technician to multi-instrumentalist recording artist, producer and performer, there isn’t much Hayley can’t do! Growing up in a small-town south of Newcastle NSW, Hayley was exposed to music from a young age with both parents being musical. Hayley began teaching herself drums, which lead to learning other instrument such as guitar, piano and bass. Hayley begun gigging with bands as a live session drummer. She finally settled with country music artist Katie Jayne who’s music in recent times has been topping the country music charts in Australia since the release of her latest single Drunk Dial. In 2018 Hayley released her first studio album; a twelve track fully instrumental album heavily influenced by her love for video game music. The album Solace Assumption was single handedly written, played and produced by Hayley and mastered by one of Australia’s top mastering engineers Don Bartley.