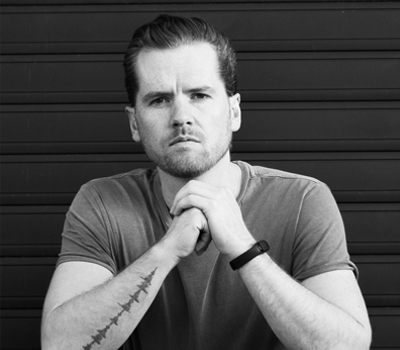 As n1ghtmar3cat, Dave Johnston has created a characteristic flavour of indie-electronica | EDM | alt-pop that fuses his rhythmic nous with cinematic sound design and introspective, hook-laden vocals. It brings together many facets of his production, composition & songwriting arsenal, built over a decade as a multi-genre producer & performer. Following a self-titled debut album in 2019 described as “music that you feel deep within your soul” (muzic.net.nz), n1ghtmar3cat steps things up on sophomore record RAT RACE. The single High Hopes grabbed the attention of the Spotify curators, bagging features on New Music Friday (AU/NZ), Top Shelf Electronic & other coveted editorial playlists. Written, recorded & produced by Johnston in isolation, the current wave of n1ghtmar3cat releases channel artists such as The Weeknd, Jon Hopkins, Banks & Flume, combining textural, atmospheric passages with moments of intense energy to draw the listener into the headspace that the emotive lyrics evoke.