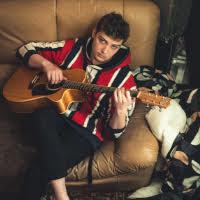 I am a 19-year-old singer/songwriter from Sydney, Australia. I began playing guitar at the age of 4 when my Dad started teaching me how to play as I was obsessed with his Turquoise Fender Stratocaster. The First Song I ever wrote I wrote with my guitar teacher when I was 13. When I was 15, I wrote a song called, “Lillooet,” I based this song around a trip my family took to Canada. We visited some family friends who lived in a tiny mining town called Lillooet. I became really close friends with the daughter of the family, who after many years of not talking to me called me after her then boyfriend broke up with her. I reminisced about that trip some years ago. After an hour or so I came up with Lillooet. That was moment I decided I wanted to be a songwriter. I have a very modern Pop influence and base most of my songs around that genre.