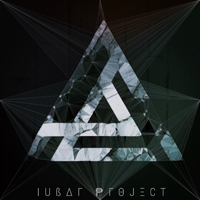 iUBAR project is an award winning, Australian collaborative act led by Polish-born and Melbourne-based music producer – Martin Koszolko, known for his work on electronic and indie pop music acts such as KOshowKO and Philosophy of Sound. iubar’s main area of focus is story-driven ambient featuring field recordings, mobile technologies and created with a mix of analogue and digital instrumentation. Martin is also a sound researcher with a PhD in Remote Music Collaboration technologies. In his live performances as iubar project, Martin K utilises touchscreen and mobile music making technologies as well as site-specific audience sampling techniques which he has developed throughout live performances in Poland and Australia. In 2021, iubar project won two Best Music Awards. One in the Shoot 4 Earth Worldwide Film Competition and the second in the Global Short Film Awards in Cannes. Both awarded for iubar's music featured in the short film 'Earth'.